Crude oil is a natural fossil fuel which, once refined, is used to create most of the energy sources used industrially and domestically, from gasoline and diesel to power vehicles, to jet fuel for aircraft and fuel for ships. It is also used widely in the production of chemical products such as pharmaceuticals, solvents, fertilisers, pesticides and plastics.
Crude oil varies in chemical structure, thickness or viscosity, depending on where in the world the oil was drilled. It can have a low Sulphur content (known as sweet oil) or higher levels of Sulphur (sour oil), and it can be of lower density (known as light) or higher density (called heavy oil).
We work in long term partnerships with crude oil producers, helping them to maximize the value of their supply through effective marketing.
Sweet oil is typically preferable, because its lower Sulphur content makes it easier to refine and less damaging to the environment, while light is preferred to heavy oil because it gives a higher yield of petroleum.
Crude oil has been the most important source of energy since the 1950s and is currently the worlds most traded commodity. It is estimated that the world consumes close to 78 million barrels a day, with the United States, China and Japan the biggest users.

Fuel Oil( also known as Marine fuel ) is a fraction obtained from petroleum distillation, either as a distillate or a residue fuel oil, which is distilled from crude oil and often left as residue during the refining process, refers to a range of the least volatile and heaviest of the commercially used fuels.
Some 10 percent of fuel oil produced is used to power large ships. A further 15 percent is used for heating and the remainder is used by refineries as feedstock for further upgrading.
Our fuel oil trading team combines global presence, market knowledge and efficient logistics to connect producers and end-users. Our teams deploy interlocking skills. Origination teams on the ground develop relationships with power generators and bunker fuel traders.
We optimize flows and blends to reflect changing patterns of demand. We focus on aligning our blends with specific pockets of demand. We serve the main fuel centers of Singapore, Dubai and Mediterranean Sea and we also have long-term supply contracts to Caribbean countries. We are increasing the low- Sulphur portion of our portfolio in line with global trends for States and Europe.

The popularity and availability of clean diesel continues to grow. Consumers with 2007 or later model year diesel vehicles should only fuel them with ultra-low sulfur diesel (ULSD).
ULSD is a cleaner-burning diesel fuel that contains 97% less sulfur than low-sulfur diesel (LSD). ULSD was developed to allow the use of improved pollution control devices that reduce diesel emissions more effectively but can be damaged by sulfur. It is also safe to use with older diesels.
With more currently available diesel vehicle options for their cars, pickups and SUVs, diesel auto sales are expected to significantly increase.
New Diesel Technology Ultra Low Sulfur Diesel (ULSD) is a cleaner-burning diesel fuel containing a maximum 15 parts-per-million (ppm) sulfur.

Gasoline a translucent known as petrol, a petroleum-derived liquid that is used primarily as a fuel in internal combustion engines.
Gasoline continues to fuel most of the worlds car fleet, it is made by blending up to ten different refined products varying from jurisdiction to jurisdiction, depending on local requirements.
Fuel prices differ considerably across countries. 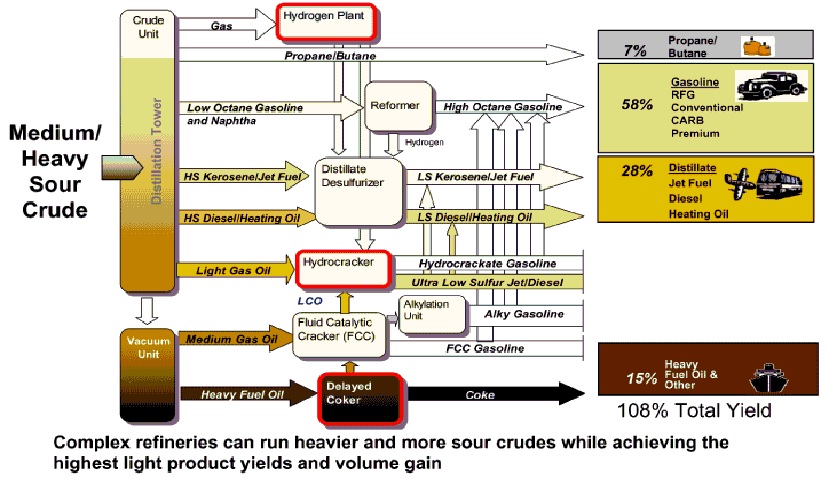 Naphtha refers to a range of volatile and flammable liquids produced by the distillation of petroleum and from natural gas condensates, petroleum distillates, and the distillation of coal tar and peat.
The liquids, which differ slightly in their chemical structures and boiling points, have various applications in the refining process – the main one as a feedstock for gasoline and the manufacture of olefins by the petrochemical industry.
It is used differently in different industries and regions to refer to gross products like crude oil or refined products such as kerosene.
We focus on building long-term relationships and make a point of working with our customers to meet their changing needs.
Our product coverage allows us to take advantage of naphtha's high substitutability. We monitor relative pricing and shifting demand patterns from petrochemical companies.
Close working relationships with our gasoline traders and the LPG desk allow us to assess relative pricing for different products and grades. 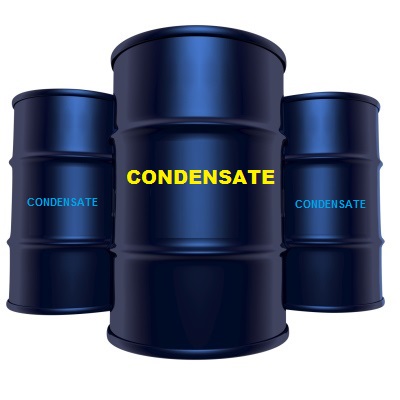 MAKE Inc. is striving to be a pioneer in creating and leading international gas condensate trading.
Condensate is an extremely high-quality light oil. This versatile product which was not much used before is inviting clients from refineries, petrochemical and power generation plants and is very economical from the start.
Condensate is further processed to produce petrol, diesel or aviation fuels such as kerosene. It is also mixed with oil to create a blend and sold in the world market.
Gas condensate can also be used to make both fuel and plastic.

Liquefied Petroleum Gas, LPG, is predominantly propane and butanes, either segregated or in various ratios and mixtures of each product. LPG is a by-product of the refinery process, transported mainly in pressurised vessels. LPG is also a by-product of crude oil production and a by-product of natural gas production.
Associated and Non Associated LPG are shipped via pipeline in large quantities where possible, and via refrigerated VLGC’s (Very Large Gas Carriers).
As well as being a fundamental building block in the petrochemical process, LPG it also a convenient fuel used globally for domestic purposes.
In the northern hemisphere, LPG is used for home heating, while in Africa it is used as a cooking gas. In some markets, LPG is also used as a fuel for cars.
Our LPG trading team includes specialists in chartering and we trade everything from small tankers to large sophisticated Carriers.

Bitumen (also known as asphalt) is a sticky, black and highly viscous liquid or semi-solid form of petroleum. It may be found in natural deposits or may be a refined product. It is a substance classed as a pitch. The primary use (70%) of asphalt/bitumen is in road construction, where it is used as the glue or binder mixed with aggregate particles to create asphalt concrete. Its other main uses are for bituminous waterproofing products, including production of roofing felt and for sealing flat roofs. The great majority of asphalt used commercially is obtained from petroleum. Nonetheless, large amounts of asphalt occur in concentrated form in nature. Naturally occurring deposits of asphalt/bitumen are formed from the remains of ancient, microscopic algae (diatoms) and other once-living things.

Group I Base Oils: which are also know as conventional oils, with the majority of hydraulic and bearing lubricants being made using an API Group I stock. Group I main advantage is their high solvency, this means that they have a high tolerance to degradation by-products, which allows for the life of a lubricant to be extended.

Group II Base Oils: which have a high level of purity and are found in all modern conventional petroleum oils.
Over the years due to API services requirements becoming stricter, the quality of these oils has steadily improved.
Due to the higher level of purity this base stock gives lubricants a longer service life.

Group III Base Oils: which have the most stringent level of petroleum oil refining, with the benefits of this group being undeniable. The lower volatility, higher viscosity and lower pour points give lubricants from this base stock a longer service life. Group III base oils have become a lot more common in America over the last decade.

Re-Refined Base Oils: which are subjected to the same stringent refining, compounding and performance standards. Lubricants which are made from re-refined base stocks must meet these standards in order to receive an API certification.